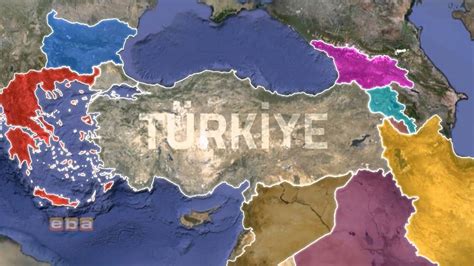 When we allude to foreign proper nouns and toponyms we bump into a couple of linguistic obstacles, translation and transliteration, which present two different sides of the same issue.

Transliteration (which for us westerners is synonym with romanization) deals with the phonetic aspect, and basically consists in trying to write with a language’s alphabet the original word so that it reads as similar as possible. It is a purely linguistic matter and has its own rules (though often there is more than one set of rules for a given language). For instance, the toponym Харьков is romanized as Kharkov, the Chinese city 深圳市 as Shenzhen, and the Russian name Богдан may be romanized either as Bogdan or Bohdan.

Translation, on the contrary, deals with the “semantic” side — provided, that is, we can properly talk about semantics when it comes to names and toponyms. Quite often, rather than translation we mean “version” or “equivalence”; and in the overwhelming majority of cases there is no such possibility. Just think of the million placenames on the planet, or names and surnames in all societies, which have no “translation” whatsoever to our own. In all those cases, we can only resort to transliteration for referring to them. Languages only have their own versions for those names that for historical, cultural or political reasons are in some way or other relevant to the respective society. For instance, the Spanish Juan equals to the English “John”, since they share roots and very likely take origin in the very same historical character, whereas the Finnish Pirkko has no “English version”. (With surnames this is a bit different, since many of them do have a precise meaning, although to my knowledge they never get “translated”. Think, for instance, of Herrero in Spanish and Seppanen in Finnish, which both mean “Smith” but nobody would refer to Pedro Herrero as Peter Smith.) Same goes for toponyms; and although many original placenames may not have, from an etymology viewpoint, anything to do with any given word in another tongue, this one very often has its version of those. There is, for instance, no English word akin to the Portuguese toponym Lisboa, but throughout the centuries it has become Lisbon in Shakespeare’s tongue. On the other hand, the original name of Japan, which is 日本 (romanized Nihon), does have a literal translation into English: “sun origin”; which is why sometimes it is poetically referred as “Land of the Rising Sun”.

For what is left, I will focus on placenames, which is the point of this article.

Despite the aforementioned hindrances, naming foreign toponyms had never posed any real issue until very recently. All along history peoples, nations and countries named themselves whichever way they wanted (often not even this, since they may have adopted the term other peoples used to call them) while, in turn, other societies named them however they saw fit; usually as a result of varied historical, cultural or linguistic processes stemming from a given trait, habit, use, land of procedence, etc., characteristic of that other nation. This is how, for instance, Lisboa became Lisbon in English, Adalucía turned into Andalusia and Москва is known as Moscow.

Now, shall I get into business? There is an Asian country whose original toponym sounds something like “silang” and that passed to English as Ceylon, for obvious phonetical reasons; and there is an Asian city whose original placename is pronounced sort of “bee-chin” and which, for the same reasons, became Peking in the British sphere. These adaptations are perfectly natural: foreign words not only reach us distorted by the “noise” inherent to oral transmission, but then get yet more distorted by virtue of our difficulty for pronouncing phonemes not belonging to our language.

The problem arises when the political correctnes arrives; but it is an entirely artificial and unnecessary one. Of late, some governments want not only to decide on their countries’ or cities’ toponyms–which of course they are absolutely entitled to do–but also impose on the rest of the world how to write and pronounce them. And here is where the social, cultural and political issue kicks in, because no nation has any right to decree how others must address her, most of all internally. Or to say it the other way around: the “target” societies do not have any duty–leave aside need–to modify their own language, uses and traditions to please others’ caprices; the more so taking into account that such change benefits no one. And this demand becomes utterly absurd when both languages, phonetics and characters are different. For instance, it would come as immediately and intuitively ridiculous (besides hopeless) if the Spanish government requested from the Anglosphere to erase the word “Spain” from the English dictionary and replace it by “España”. But the full silliness around such kind of claims becomes ten times clearer when–as said–both languages’ symbols are not even the same. If the Chinese city 北京 sounds like bee-chin to our ears and has been romanized as Peking by the English speakers along centuries, demanding of these (and of all other people for that matter) to now say and write Beijing instead is, in my opinion, a whimsical and fruitless call for trouble; mostly taking into account that China (which, by the way, is also not called so in Chinese, but zhong-guo, meaning “central nation”) cannot even argue that the “official” name for that city is Beijing, since officially Peking is 北京. There you are. Quite a different thing would be if they changed that name into something new that had absolutely nothing to do with the previous one (like for instance happened with Leningrad-Saint Petersburg), but this is not the case here.

This nationalistic or regionalistic sort of demands, quite puerile by the way, have become more common along the past few years. Well known are the forementioned examples of Beijing for Peking, Srilanka for Ceylan and, only a few weeks ago, Türkiye for Turkey. No objections can or should be made to whichever country deciding how it wants to call itself and requiring from the UN to change the nameplate on its representative’s seat; but expecting the rest of the world to modify their own languages in order to comply with such whims is quite a different thing.

More to this point: in my opinion, the function of names (of words, in general) is to denominate, not to vindicate or make claims. Language’s primordial usefulness is that of communication and information interchange. Andrew is not so much Andrew because he says so, but because others call him by that word. We find an excellent instance of this in nicknames: whatever Michael’s birth certificate may state, if people in town call him “Baldy”, then Baldy he is and that is the prevailing term, the socially useful one. Interestingly enough, in some languages people do not so much “have” but “are called” a name. In Russian, for instance, you do not ask someone “what is your name”, but “how are you called”; to which the reply will be “I am called This-or-That”. I wonder whether this reflects a less individualistic social mentality.

In any case, and to sum up, I am very sorry to say that Peking, Ceylon and Turkey are those toponyms in English, such they have been since many decades and such they will be for me to the end of my days.