Cruise, convert writer, expat, thinker, libertine and poet, I was born in a small Spanish village in Sierra Morena on a cold winter morning during the sixties. A middle child in a family of five siblings, the early years of my life passed in the pastoral environment of my homeland among peasants, olive trees, livestok and equines, until eventually we moved to Madrid, where I took most of my studies and graduated as a ship engineer. Later on, I became a meteorologist and worked some years for the Weather Forecast National Service, meanwhile studying laws and police science, for which I got another degree. Afterwards, I’ve also been working as a hostmaster. 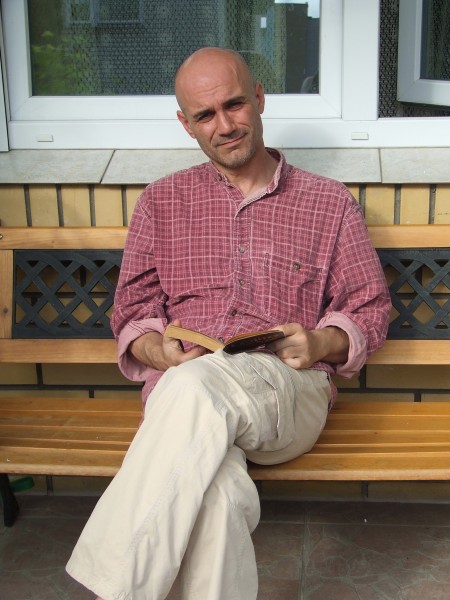 But my true passion, as corresponds to a son, grandson and great-grandson of seamen, has always been to travel. Since, on my first car, I took a trip around Central Europe when still a teenager, I’ve been a relentless traveller — though I prefer to consider myself a tramp, or perhaps a rover. I’ve visited many countries and even lived in some of them for some time; and, to the present day, I’m a keen observer of people, cultures and life, which I regard almost with an anthropologist’s curiosity. Presently I live in my hometown, in southwestern Spain.