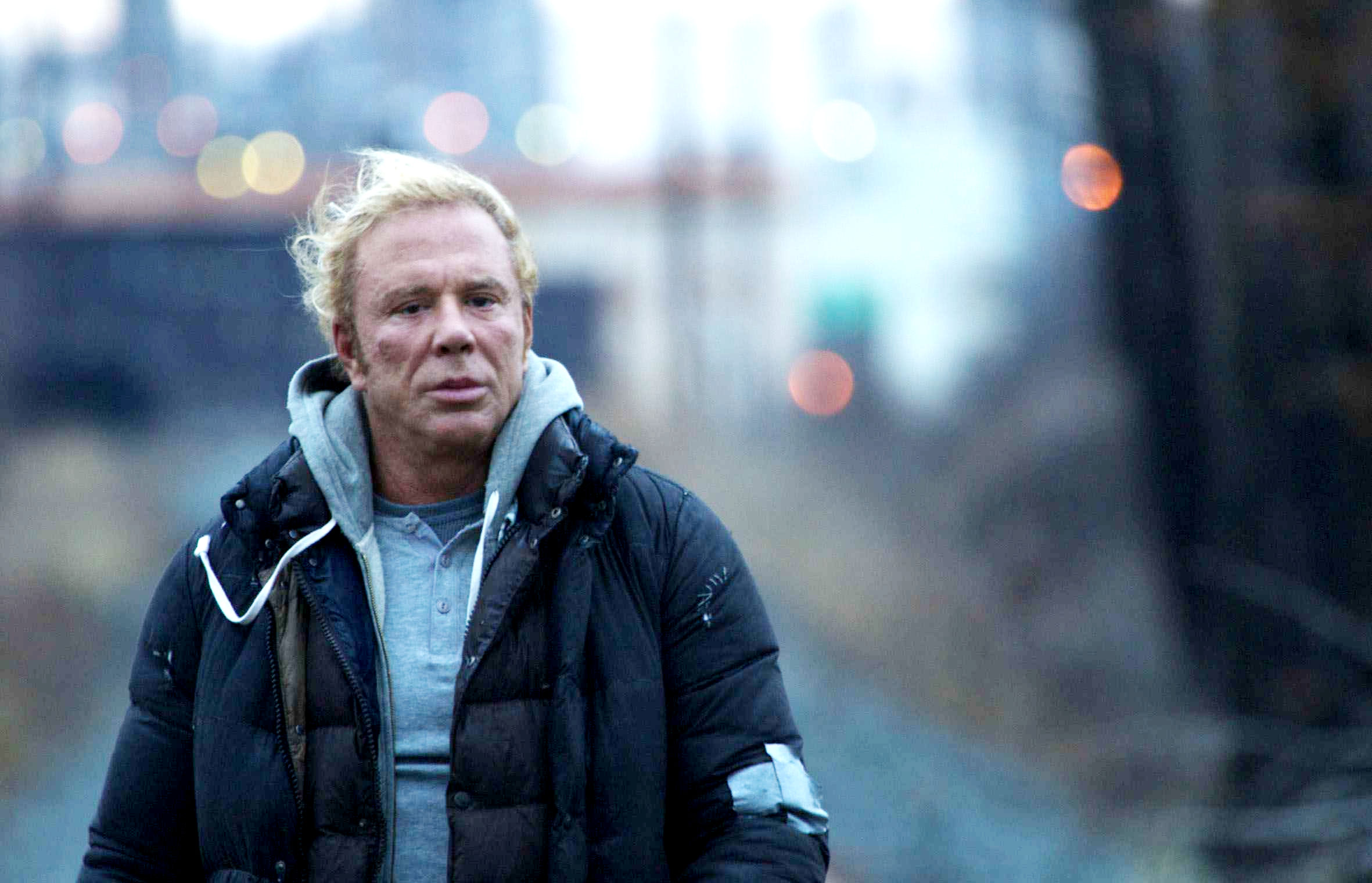 But it’s not always like that, of course; and such is the case of the main character of The wrestler, Randy ‘The Ram’ Robinson, a decaying professional pushing sixty who, in the twilight of his career goes over the rings of the State performing in third class fights. When the many blows he’s taken along perhaps too many years in such job start passing him a serious bill, he tries to put some order in his life — only to find that it’s not so easy to make do for all his past mistakes.

Though the background topic, the wrestling, is as “thuggy” a sport (if we can call it such) as the ambiences this Newyorker ex-boxer actor has us used to in his films, this particular one turns out to feature a deep humane nature; and despite its title, this is not in the least -important remark- a rubbish ‘wrestling movie’.
Despite the “shoddy” — or even sordid — we can think of his profession, and despite the trophies he’s won, Randy is a good-natured fellow in his private life and even backstage; not the idealized (or even heroic) style of a Rocky Balboa, but in a simple way, sporting an affable humor, devoid of racousness and loudness, moderately kind and without the arrogance and toughness we assume those people to have (well understood, except for the mandatory interpretative side of a wrestler when performing on stage). In this sense, the producers have got it right when showing us the two sides of the character without resourcing to scenographic artifice: when on the ring, he exaggerates gestures, movements and expressions as the public expects him to do; but outside, on the street, he behaves with surprising normality and we see the flesh and blood man, with his ailments and sores whereof he’s not embarrassed or ashamed, and handles without drama.

Same the setout and the storyline, and most of all the dénouement, are clean and honest, realistic, trickless, without commonplaces nor cheap ‘dramatic coincidences’ — which, for Hollywood, I find a rare and commendable thing to do; Rourke’s interpretation is superb (perhaps the best in his acting career), brilliantly performing some touching scenes (he’s got some awards for this movie); and it’s also quite laudable Mickey’s humbleness (or at least not excessive vanity) evidenced by the moderate number of personal foregrounds: the camera lens points to whatever it’s supposed to point according with the narrative instant. Lastly, the film sets forth a couple of non-trivial vital questions of the philosophical type to the spectator, which I find personally quite relevant and which the script settles in the end with praiseworthy guesswork and elegance.
In short, a brilliant and powerful production by Darren Aronofsky for enjoying the good cinema that every now and then — and perhaps by accident — the Californian movie industry provides us with.