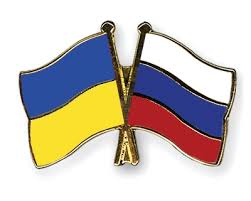 For the past two weeks, since all this problem sprung in Ukraine when their prime minister stepped back about some commercial agreements with Europe, presumedly influenced by Russia, and the ultra nationalists rioted and took the streets (with or without legitimate reasons, this I cannot tell), leading their own kin to predictable — almost suicidal deaths, and their country to the verge of a civil war, my Facebook wall has been overcrowded — virtually overwhelmed with posts from my Ukrainian contacts, which are quite a few.
Indeed, along the three months I spent in Ukraine I met lots of people, most of them quite nice and friendly; diverse people from different parts of the country, different backgrounds and, of course, different political views. And, among these acquaintances, rarely there was any who did not clasify themselves as pro-Russian or pro-European. Despite sharing, as I perceived them, the same character and culture (with some exceptions), I got the notion (accurate, I hope) that their political views were clearly divided in basically two groups: those who believed in a new country, totally diferentiated from Russia in any possible way, specially the language (though they’re so similar that I could understand Ukrainian despite being studying Russian), and those who longed for their Sovietic era and wouldn’t mind — when not clearly desire, to become again a part of Russia, or much closer partners.
But there was also an essential, though subtle, difference between my friends from one type and the other: in general, there were more students and young people among the “staunch independentists”, and more workers and older people among the “Russia nostalgics”, so to say. Consequently, I also met better English speakers among my West Ukraine acquaintances, who were also sensibly more into the internet and social media, and worse-to-no English speakers among the East Ukraine ones, who also were more alien to the new technologies; the former had the time, age and resources for being in the “global world”, whereas the latter were perhaps too busy working in their ugly industrial cities.
This approach may seem too simplistic, but it’s not so; as a matter of fact, I got twenty times more Facebook contacts among the pro-Europeans than among the pro-Russians (if I’m allowed this reduction).

Now, where am I heading? My point is simple: based on my own experience I’d venture the thesis that the perception we’re getting in Europe about the events nowadays shaking Ukraine, is far from being representative of the Ukrainian reality. It’s too biased, too incomplete. We’re mostly hearing the voice of West Ukraine, the pro-European ones, the stalwark independentists; the others don’t reach us, they don’t speak English, they don’t use Facebook nor Twitter, not in English at least, nor in German. Their voices can’t be heard by us Europeans, or westerners in general.
They’re the voiceless Ukrainians; but I’d like to hear their opinions too. Otherwise I won’t be able to get anything close to an accurate idea about what’s going on in Ukraine.

2 thoughts on “The voiceless Ukrainians”