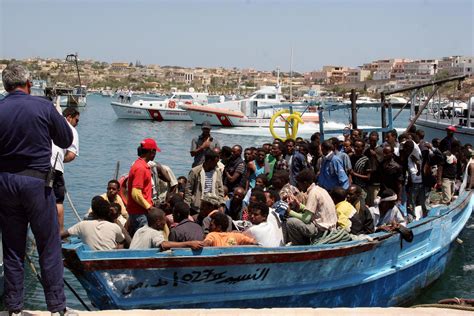 If there’s something characterising the contemporary social speech, leadered by journalists and politicians of every kind (imbued, in turn, by the global pensée unique), that is, rather than its populism and lack of character, the sweetened language in which their ideas come wrapped. I’m thinking of that softened vocabulary, made of euphemisms and slynesses, that shuns at all costs calling things by their name, lest reality makes sore our mealymouthedness’ thin skin.
Among the uncountable, almost infinite examples out there, these days stands out, for its sudden spreading, the word ‘migrants’, with which we must call the immigrants from now on, as the factories where the communication engineering is hatched have decided. Migrants! How harmless it sounds! The new term seems to wash off, like baptismal water, those aliens’ illegal condition; to endorse their pureness; to belie their resolve of settling down in Europe, and in short, to divest the migrational process of any aspect detrimental or burdensome for our own welfare. And, granted, our exquisite sensitivity — actually a guilt complex of which we can’t, or even don’t want to, heal — has swallowed the switch in one go without us batting an eyelid; and thus, in the record time of one day — just one day, reader! — the word immigrant has already been eradicated — nay: censored from our vocabulary.
As usual, the semantic magic has worked; and this is because in our trained Europe, where true critical spirits are endangered species, we can’t realize how we are being sneaked the goals nor how, with every new of these goals, those language masters are shaping — not to say manipulating — our opinion and taking us one step further away from anything resembling free thinking.