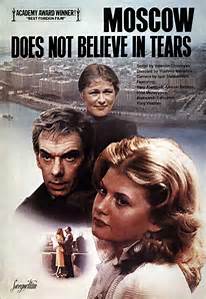 Transcending any genre cage, Moskva slezam ne verit is probably the first Soviet movie I see that does not end tragically. But it is not the less ‘Russian’ for that – not the less touching. On the contrary, it is one of the most captivating stories I’ve ever seen, about a humble woman in pursuit for happiness. It gives a glimpse into life in the USSR on a very human level and from a women’s point of view; and is also a tribute to the Soviet era some people in the ex-USSR still consider to be the best years of their lives.
In 1958’s Moscow, three provincial women in their twenties who share a room in a workers’ dormitory (typical for the time and place) strive for making a living in the metropoli and for pursuing their goals. In a close and endearing way, some of the popular clichés about Russia are depicted, like the unstylish dresses, the worker’s paradise that isn’t, the sharp contrast between the city and the peasants who live outside… And the three different personalities have been carefully chosen in a way that virtually any of us can feel identified with one of them: modest Antonina, bold Lyudmila and responsible Katerina. They are believable, easy to understand, and by the end of the story we have grown quite fond of them, getting a feeling of familiarity, as if they were our personal acquaintances. 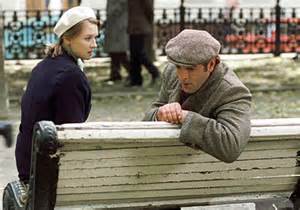 Katya, the main character, works in a factory at a drill press and is obviously underemployed, her two roommates being also low-income workers. While pursing what I’d call the ‘Soviet dream’ (so to say, the slavic response to the American dream of the times), they are openly on the make for a man; but whereas Antonina, the simplest and humblest, dates a kind and shy co-worker whose parents own a small dacha in the countryside, Lyudmila talks Katya into deceitfully making their way to meet more ‘interesting’ – i.e. better off men; and they manage to impress some guys while temporarily house-sitting a beautiful Moscow apartment. Hence, Lyudmila gets engaged with an athlete and Katya becomes infatuated with a television cameraman. And this is how, in a sense, the three friends’ adult lives begin. But – perhaps very justly and deservedly – only Antonina finds her stability and happiness, whereas the other two relationships don’t work out.
And though workwise, as years go by, through sacrifice and willpower Katya does a lot better than her friends – while managing to raise a daughter without a husband, still her sentimental life is empty and she secretly longs for a man. The film subtly suggest to the spectator that, so many nights along twenty years of loneliness, she will fall asleep sobbing on her pillow, her eyes full of tears. 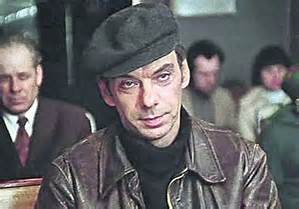 When eventually she comes into a man out of the common, a model of manliness that arises her passion, they too will undergo some struggles before realizing that they belong together. And here lies – to my taste – one of the most creditable points about this story: despite the communistic propaganda about the dawn of feminism in the USSR, when women massively took their place in the productive and social frameworks (and in politics too), and despie Katya’s high position as director in a factory, she does not really care about feminism: true love of a man-stronghold, ready to comfort her any time she needs – that is what she was searching for in life. Thus, the producers escape the easy temptation of giving us the trite scenario of progressism, coming back instead to the traditional and more universal social values.
Anyway, though thus explained the plot may not seem anything special to the reader of this review, it really takes watching the film for understanding its virtues; a wonderful and unforgettable story of struggles, failure and success that I don’t get tired of watching. Though it begins slowly, almost painfully dull, every new time I watch it – always with a lot of pleasure – I find previously unnoticed nuances and details, and the two and a half hours fly by.

There are many endearing scenes, and the humor is also sprinkled throughout. It is funny, but also touching to tears in some moments. In one of my favourite ones, Gosha – quite a character – invites Katya to a picnic to get to know each other better. She is tired and, rocked by the gentle playing of a guitar in the background, just falls asleep in a long-chaise in the fresh air; and in a tender gesture, simple but caring and moving, Gosha gently puts a blanket on her.
Though on one hand the film is rather lenient with the reality of those times, hiding the darkest sides of communistic Moscow, like the shortage of goods (we see a supermarket full of stuff, something hard to find in Russia even by the time I first travelled there, in the early century); showing nice neighbourhoods with clean parks and gardened streets, or citizens owning cars, on the other hand I find it quite realistic from a human point of view, as many women in Russia went through the same problems of our heroines, and the situations depicted are perfectly plausible, as well as the psychology of the characters impeccably consistent – which is perhaps another one virtue that makes the film seem so close and familiar to the espectator. The characterizations are good and the acting is superb: in my opinion, the conceited Western school with its rigid set of roles should take example from Russia’s cinema. Hats off to director Vladimir Menshov, to scriptwriter Valentin Chernykh, and of course to the cast.
On a last note, it turns out a rather optimistic story (rare for Russian mentality) since it tries to tell us that it’s never too late to find happiness in life. Regarding which, there is an unforgettable sentence we hear from the lips of a middle-aged pretender at the beginning of the film: contrary to what our young ladies believe, in our forties we’re not old, but are in the prime of life and the best is yet to come; and our Katya will remember, understand and repeat this sentence when she becomes forty. The Moscow we see that does not believe in tears does however believe in love, and for a change it is not the Moscow of politics we’re used to be shown.