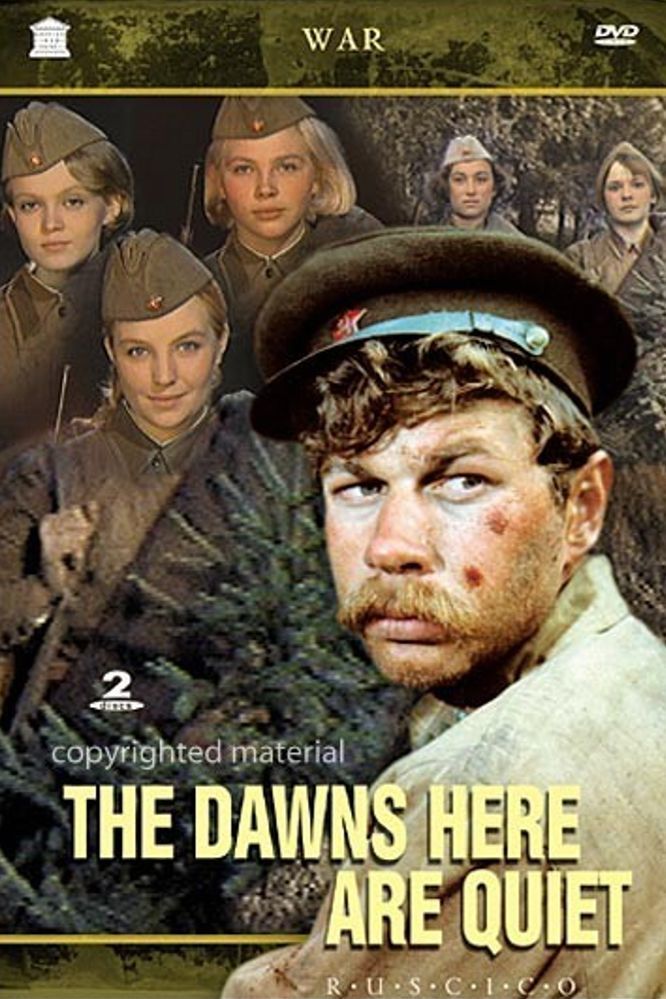 I’m a devotee of Russian cinema because it almost never disappoints me, and it takes in fact a pre-eminent place among my all-times favourites. Títles such as Siberiad, Solaris, Uncle Vania, Dersu Uzala o Moscow does not believe in tears, to name just a few, are among the first in my top list. But today a new film has come to by its own right oust a step down many of the others: I’m talking of The dawns here are quiet (A zori zdes tikhie).
And by saying ‘new’ I don’t mean it’s a release – actually it was produced in 1972 – but that I’ve just watched it for the first time, having never heard of it before. Indeed, because of this ‘hermetic markets economy’ our planet is divided in (European, USAmerican, Chinese, Russian…) not even Culture – or maybe least of all Culture! – is granted free trade, and thus Sovietic cinema very rarely reaches our Western shores. So, it’s only thanks to some acquaintances of mine from the former Eastern Block that I get to know, every now and then, of these cinematographic gems. 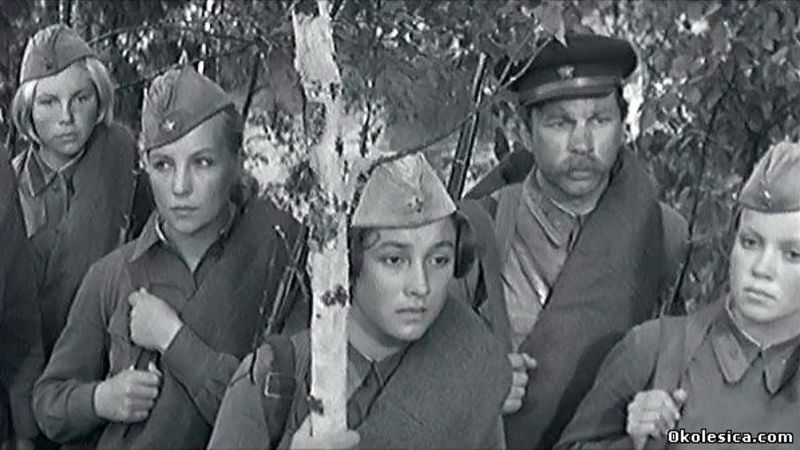 Under the careful and sensitive direction of Stanislav Rostotski, The dawns here are quiet is set in Karelia (North-West of Russia, near Finland) in 1941 during WWII. In a beautiful and quiet wilderness far from the front-line there is an anti-aircraft artillery point, where corporal Vaskov is stationed with a unit composed only of female soldiers. When German paratroopers are spotted, he takes five of his privates to stop them. But A zori zdes tikhie is not just another war movie, and perhaps not even a war movie at all. It has of course – like almost any Soviet production at the time – a strong patriotic spirit, but – when have these folks not been patriotic? Their love for ‘mother Russia’ is a cornerstone in their history, a recurrent topic present in almost all their literature and cinema. Perhaps no other nation has ever loved their mother country in the special, heartfelt way Russians do… or at least did. But, beyond such patriotism, this film is a very touching and poetic history that shows – and makes us really feel – how the unshakable bonds of love, friendsihp and duty may lead to sacrifice.

The above, Rostotski tells us unpretentiously, without resorting to the unplausible exploits and coincidences that Hollywood has accustomed us to; without much ado, solemn sentences nor heroic gestures, but instead with a modest and simple nuanced plot, and through flesh and bone characters who love, fight and die as in war. Besides, the interpretation is so realistic it almost hurts; photography is stunning despite the black & white, and to top it all the soundtrack is heartrendingly beautiful and moving.
Though I consider myself a very critical cinephile, I can’t find a flaw in this one, nor any objection worth mentioning; and I may well say without exaggeration that The dawns here are quiet is an unforgettable film; a film that touches the heart by speaking directly to it, with its same language.