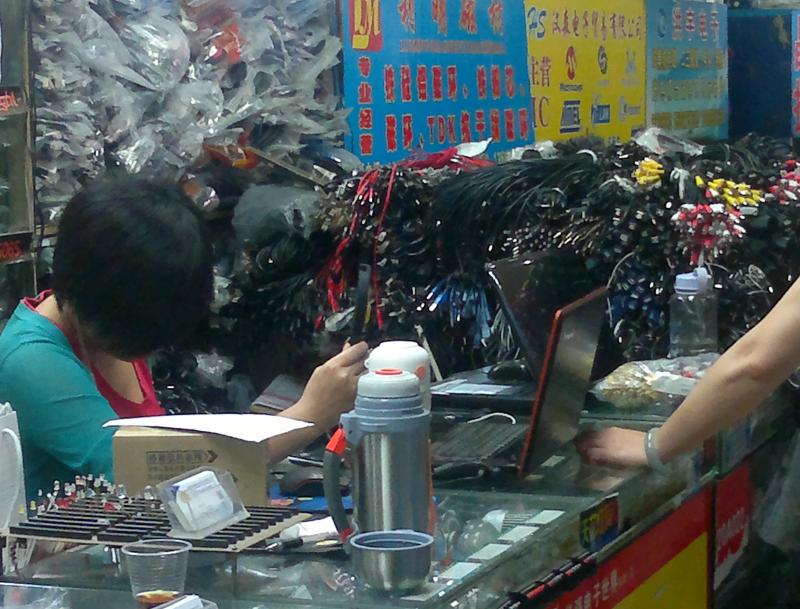 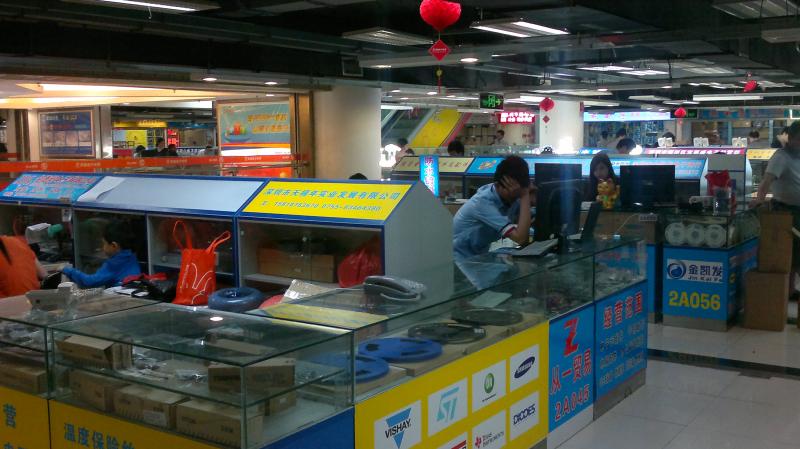 Hua Qiang Bei is arguably the largest market for electronics in the world, and definitely one of the more fantastic and bizarre places I’ve ever been. 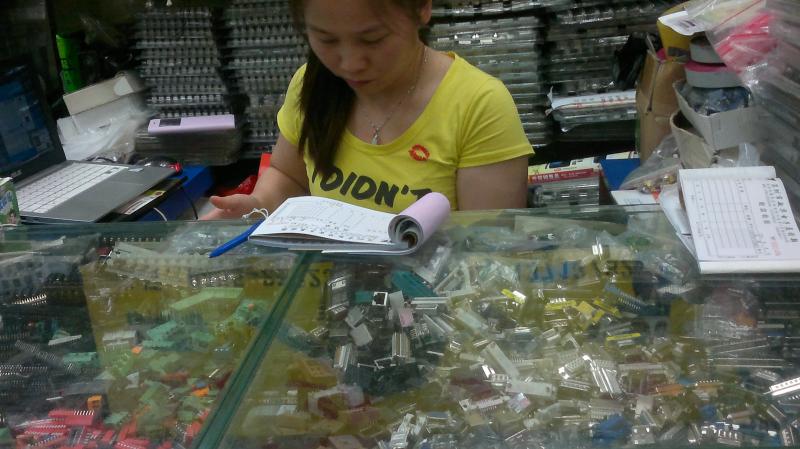 Deep in the very heart of Shenzhen city, China, there is a street called Hua Qiang Bei, lending its name to the surrounding area: a district of about one square km surface, packed with large, neglected buildings several storeys tall, each of them packed with literally thousands of tiny little shops, more like market stalls, which in turn are filled to the brim with tens of thousands of electronic components and parts, piled up on the shelves or stuffed in bags crammed full under the glass desks; all of it easily amounting to billions of units. And the whole of it compounds a sort of disheveled futuristic world, something between Tron and Blade Runner: a true and unkempt jungle of silicon and germanium, close to indescribable in appearance and atmosphere. 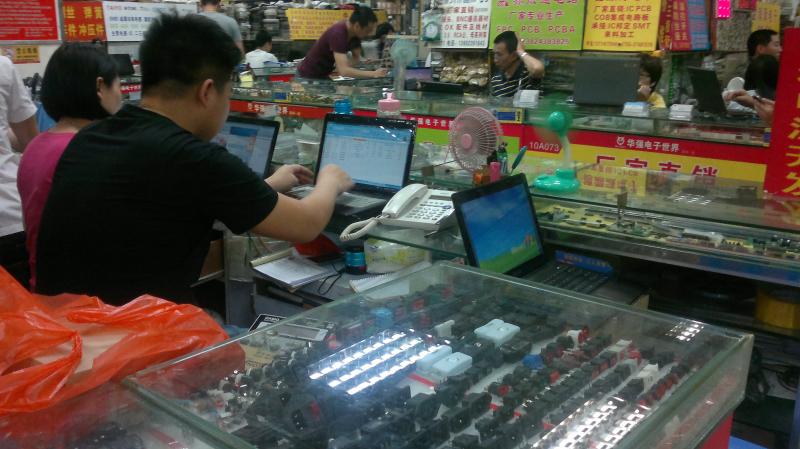 Once you get to Hua Qiang Bei, probably after riding the metro along several leagues of tunnels, you inmediately get the feeling that this is a very special site; and, if after dusk, you certainly might think yourself a 2014 Deckard hunting Zhora out of synthetic snake scales, or rather a Roy collecting information from some Chinese eye-designer: you’ll walk among endless stands with neon signs and all kinds of food, the mixed smells of which blend with the smoke of the cars’ engines and constructions’ huge caterpillars; dozens of shops lined up along the blocks, crowded with PNP semiconductors; a throng getting in and out –like ants to an anthill– each of the larger buildings that host the core of Hua Qiang Bei: Segbuy, the electronics giant.

And if you become ant and get inside, you’ll lose all notion of time, orientation, and even reality. Like if they were underground, lacking any opening for letting the daylight in, every building is a poorly lit labyrinth of stalls, narrowly set, where it is theoretically possible –if you manage to head to the right seller– to find up to the last piece of hardware you might need; though much more likely you’ll get lost in this apparently chaotic intra-world, among humanoids who are maybe fixing some board with an electric welder, or sorting multicoloured wires or LEDs arrays, or checking a PCB with a tester; all of them terribly busy when they’re not eating noodles or soba in a corner, smoking (forbidden) a cigarette on a  stool or taking a nap on the desk, apparently indifferent to any potential customer and utterly ignorant of whatever may be going on around them. 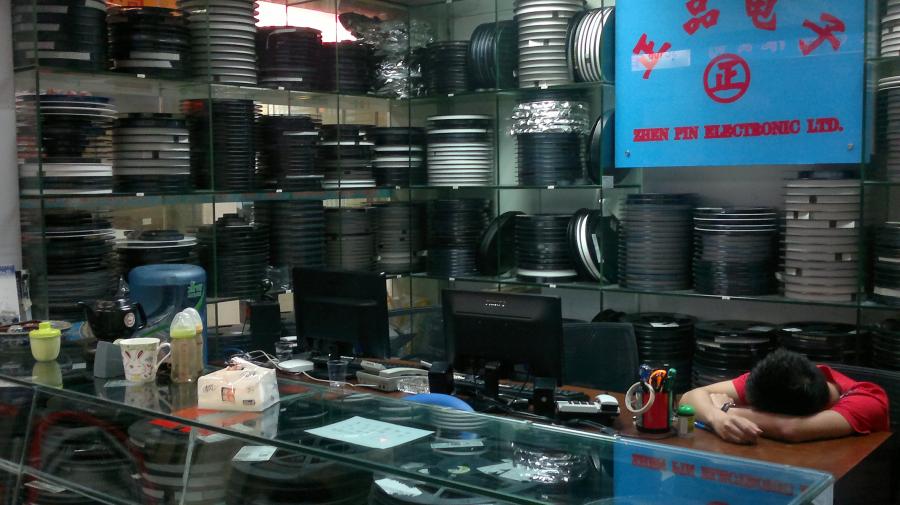 This, reader, is the electronic market of Hua Qiang Bei, somewhere between a scrapyard and a factory, a place that can at times excel the most fantastic imagination of a science fiction screenwriter. Pity that my unskilled pictures can’t convey an idea of how strange this place can look. I hope that my words have described it better.